A California Highway Patrol official runs through flares to get to his car, in search for a gunman near 19th Avenue and Sloat Boulevard on Friday, Oct. 14, 2016 in San Francisco, Calif. The gunman had shot an S.F. police officer in the head and fled. The suspect later emerged from bushes near 28th Avenue and Vicente Street. Still armed, the suspect was shot during a confrontation and apprehended after police deployed flash-bang stun grenades to distract him. The suspect later died from his injuries. The wounded police officer, Kevin Downs, survived and underwent surgery to remove bullet fragments from his brain. Downs and officers had been responding to reports of a man acting erratically and making threats. The suspect's family said Nicholas McWherter was struggling with mental illness and "lost his way." 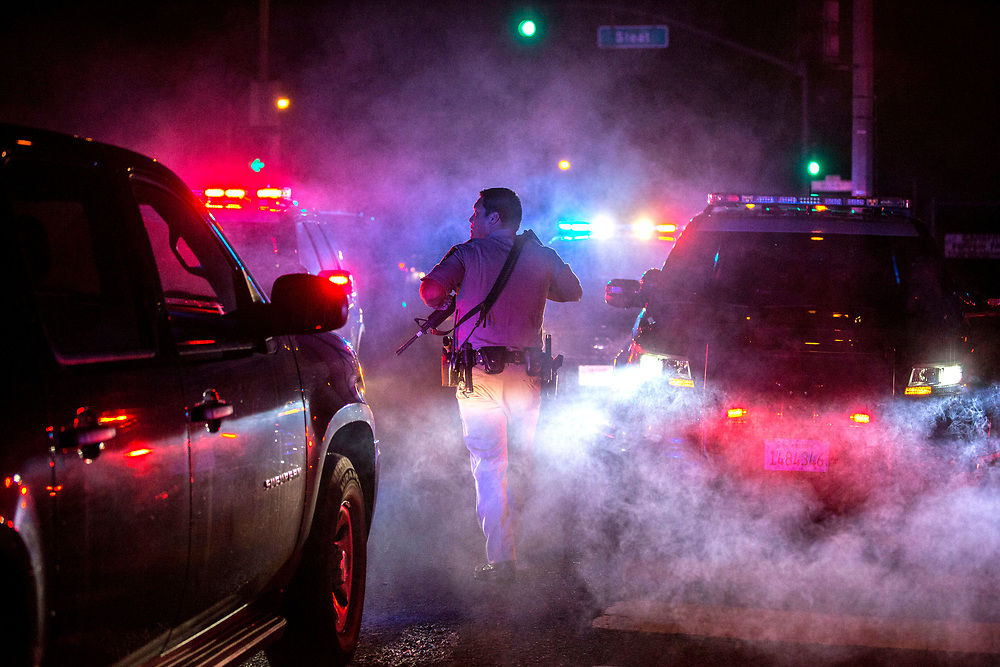